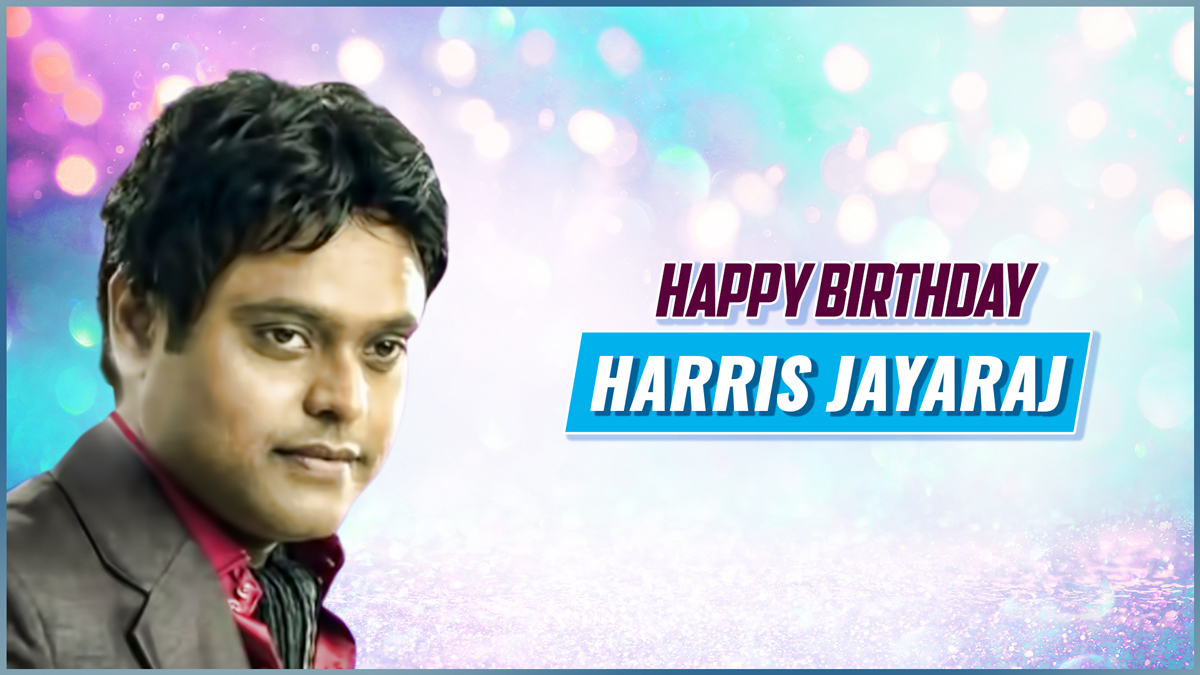 Harris Jayaraj is an Indian film composer born on the 8th of January 1975. He is best known as the melody king of Indian cinema for his artistic pieces. He predominantly composes soundtracks for Tamil films along with a couple of Telugu and Hindi works. In his career so far, he has won 6 Filmfare awards South and also been nominated for 20 Filmfare Awards South.

Born on the 8th of January 1975, Harris Jayaraj was born and brought up in Chennai, India. Jayaraj’s father was a noted film guitarist and an assistant to the Malayam director Shyam before he went on to become a notable musician and film composer himself. Hence, growing up, Jayaraj was close associations with the industry that sparked his interest as a child. At the age of six, Jayaraj started his formal training in Carnatic music. His father’s wishes were for Jayaraj to become a classical guitarist, following which Jayaraj scored the highest marks in Asia on his fourth-grade exam of Trinity College Of Music, London.

At the age of twelve, Jayaraj started his musical career during which he also started to play the keyboard and developed an interest in synthesizers. Following this, Jayaraj went on to work as a programmer under more than 25 music directors in Kannada, Tamil, Telugu, Malayalam, and Hindi collectively. Some of the notable composers he worked under include A.R Rahman, Kartik Raja, Raj-Koti amongst others.

After working for a while under various music directors and film composers, Harris Jayaraj debuted as a film composer with Gautham Menon’s Minnale. The album was well received and the song Vaseegara went on to become particularly popular amongst the audience. He also went on to win his Filmfare Best Music Director Award for Minnale breaking the 9 years continuous record of A.R Rahman. The following two albums of Jayaraj were also met with high praise. Most of his tunes from the Tamil versions were remade into Hindi versions too.

In the course of his career so far, Harris Jayaraj has won 6 Filmfare South Awards along with 20 Filmfare Awards nominations. Apart from that, he is the recipient of 6 Mirchi Music Awards, 5 Vijay Awards, 4 Tamil Nadu State Film Awards, 3 Internationa Tamil Film Awards, and a Big FM Award. When it comes to Special honors, Harris Jayaraj is the receipt of the Kalaimamani Award from the Government of Tamil Nadu – 2009. In 2015 he received the Lifetime Achievement Award from Konijet Rosaiah, given by the Governor of Tamil Nadu, along with the Maestro Award from the Ritz Style Awards in the same year.

Apart from being a film music composer, Harris Jayaraj has worked as a lyricist and also made ad jingles in his career. He has composed music for various television commercials including the Coca-Cola commercial featuring Vijay. In 2008, Jayaraj composed the Herova? Zerova? The campaign was initiated by Suriya under the Agaram Foundation.

On the occasion of Harris Jayaraj’s birthday, Saregama wished him a hearty birthday.

Happy Birthday to The Mozart Of Madras - A. R. Rahman