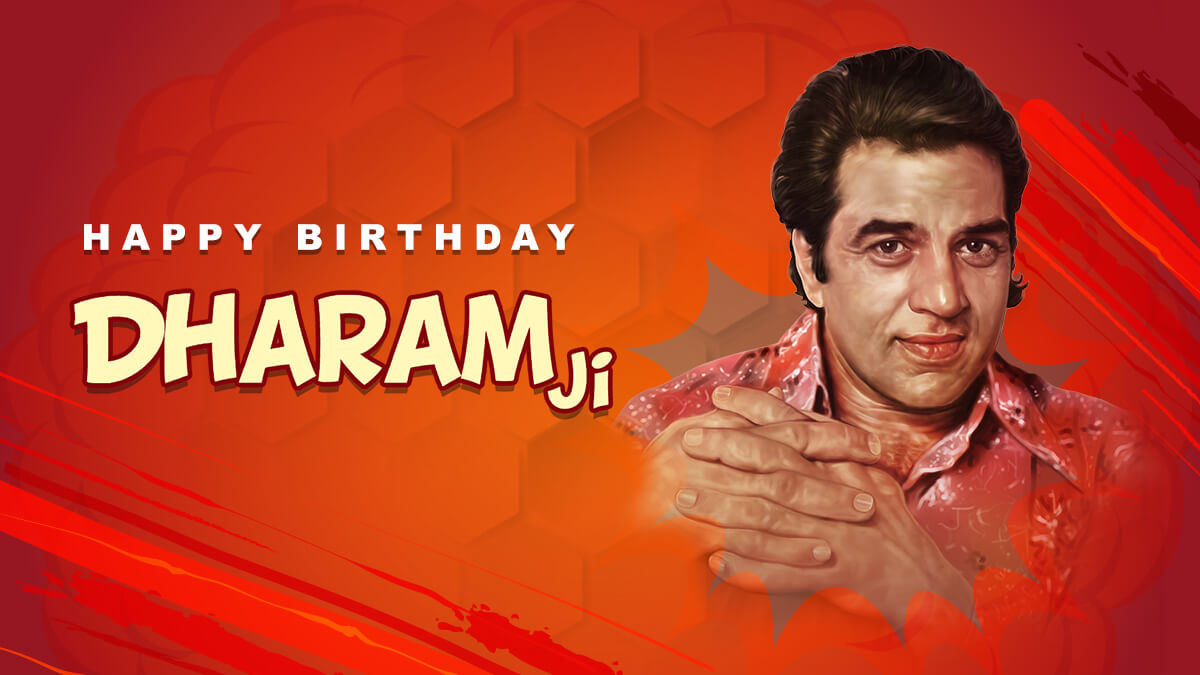 Wishing the HE-MAN of Indian Cinema, Dharmendra on His 87th Birthday

One of the most popular and successful actors, Dharmendra was born with the name, Dharam Singh Deol on 8th December 1935. The face and personality with unmatched charm, Dharmendra made his Bollywood debut with Dil Bhi Tera Hum Bhi Tere released in 1960. In 1961. He also played the supporting role in a film called Boy Friend after which he was given several romantic roles.

After a lot of romantic hits, Dharmendra played a solo hero in the film Phool Aur Patthar, which was his first action film. The film was released in 1966 and became a massive hit. It was the highest-grossing film of the year and even granted Dharmendra his first Filmfare Best Actor nomination. Dharmendra’s acting in the film Anupama was critically acclaimed, for which he also won a souvenir at the 14th Nation Film Awards. His image as an action hero was also recognized by a Filmfare nomination for the film Mera Gaon Mera Desh.

The pairing of Dharmendra and his dream girl Hema Malini made viewers fall in love with the couple. They both were a treat to watch and appeared in films like Raja Jani, Seeta Aur Geeta, Sharafat, Naya Zamana, Patthar Aur Payal, Dost and many more. His performance in the film Sholay alongside Amitabh Bachchan, Hema Malini and other megastars is said to be the highlight of his career. Bollywood enthusiasts all over the world still remember all the iconic dialogues and his style of dialogue delivery till today.

On his 87th Birthday, Saregama celebrates the contributions of the forever evergreen and charming Dharamji to the Indian Film Cinema.

Celebrating The 67th Birthday Of The Legendary Singer; Udit Narayan

Bring home the music box of happiness this Ganesh Chaturthi

Wishing Jeetendra: The Jumping Jack of Bollywood on his 82nd Birthday