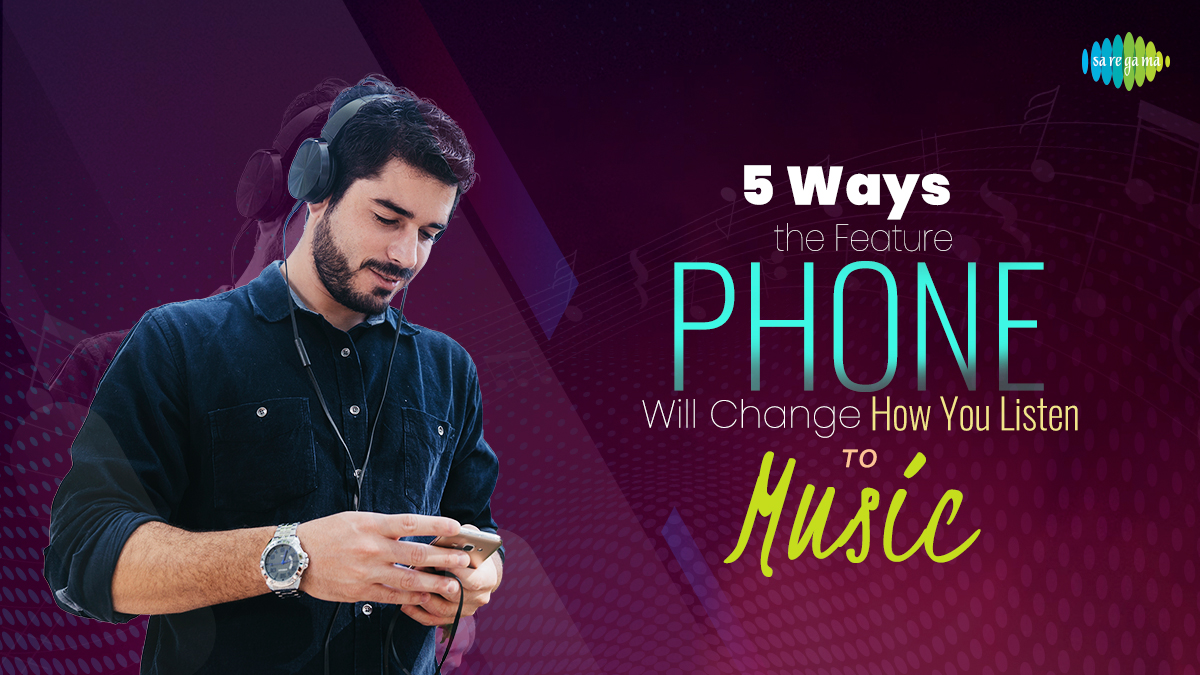 Although music has been a constant in our lives through thick and thin decades after decades, the modes of accessing it have changed rather drastically. What did you think, that the iconic white pods were always the means of listening to music? The journey of musical devices started with Phonogram and went onto the radio then eventually the tape made music mobile furthermore it got evolved into a walkman then a CD then came MP3 and now music has become easily accessible through tons of streaming apps. But whatever may be the mode of listening, the love and need for music have only increased over the period of time.

Music is like an escape, from the world! People plug in their earphones whenever they feel like cutting themselves out from society. But the modern ways of streaming music allow you to access music through smartphones, tablets etc which have tons of other things on them that happen to distract us from music. That is why feature phones are a unique option for listening to music. Feature phones although may seem outdated, in reality, they never go out of fashion! In the world of smartphones, many people are still opting for feature phones for more than one reason. And let’s face it, we, the Millenials and a few Gen Zs have a lot of memories attached to feature phones. That snake game, the FM radio etc used to be so much fun. Apart from that Saregama Carvaan Feature Phones have many more advantages.

Following are the Advantages of Feature Phone

M.G Ramachandran Songs - A Perfect Tribute To The People's King.