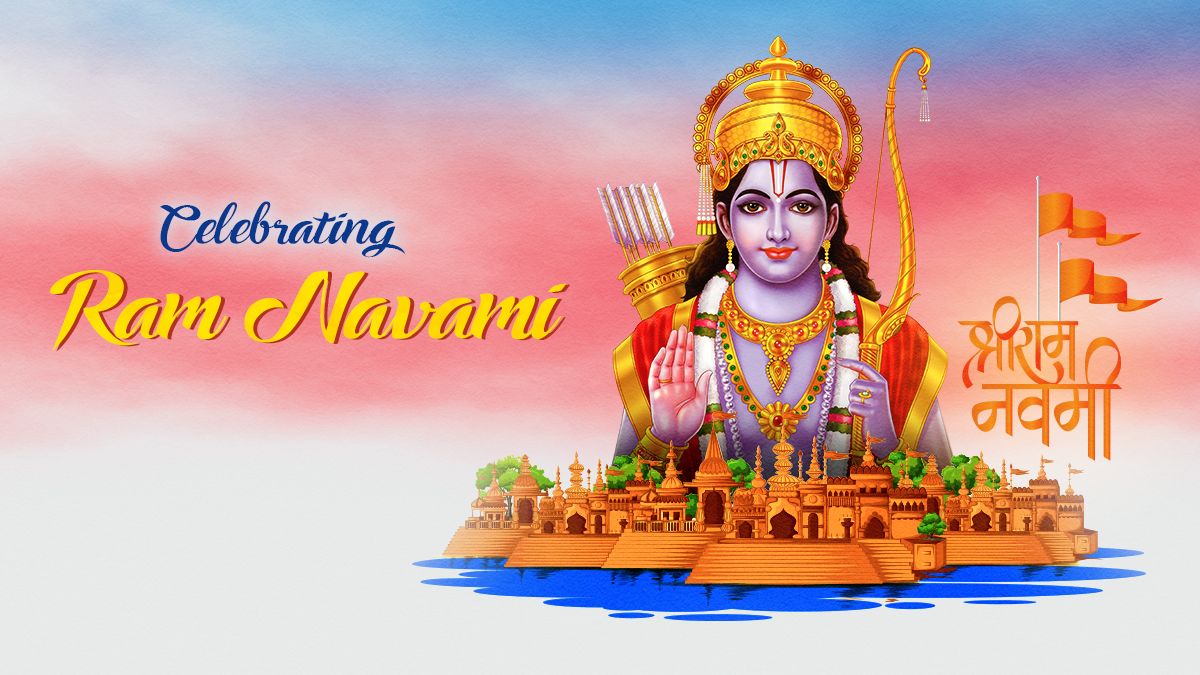 Ramnavami is a spring Hindu festival that celebrates the birth of Hindu Lord Rama, the seventh avatar of Lord Vishnu. This festival marks the end of the spring festival Vasanta Navratri. The festival is a part of the Spring Navratri and falls on the ninth day of the bright half in the Hindu calendar month of Chaitra. This occurs in the Gregorian months of March or April every year.

Why Is Ram Navami Celebrated?

Ram Navami is considered one of the five most important Hindu Festivals as it marks the birth anniversary of Hindu God, Lord Rama, the son of King Dasharatha and Queen Kausalya in Ayodhya. Lord Rama is considered as the seventh avatar of Hindu Lord Vishnu. On this auspicious day, the devotees of Lord Rama and Lord Vishnu celebrate the day by doing the Rama Katha recital as well as reciting the verses from the Holy Hindu Scriptures like Shrimad Bhagavatam and Ramayana.

It is a popular belief amongst the devotees that celebrating and reciting prayers on the festival of Ramnavami, the person brings divine power in their life as well as removes bad influences or negative energy from the earth. People celebrate Rama Navami in different ways, some devotees like to visit the temples, yet some just pray from their own homes, Bhajans and Kirtans are sung, religious offering like sweets and fruits are given in temples even elaborate Pujas are done in the name of Lord Rama and Lord Vishnu but the intent is same, to celebrate and show devotion to Lord Rama, to welcome positive energy in their lives.

Devotees hold a day-long fasts on the occasion of Ram Navami. The fast often begins before sunrise or at sunrise and stretches till the sunrise of the following day. Recitals of Rama Katha and holy Hindu Scriptures like Shrimad Bhagavatam and Ramayana are done. Bhajans, Kirtan are played in temples and the homes of the devotees followed by holy rituals. Some devotees mark the event by taking miniature statues of the infant Lord Rama, washing it, clothing it, and then placing it in a cradle, followed by Aartis and offerings, and the ceremonial wedding of Lord Rama and the Goddess Sita. Community meals are also organized at particular places but that depends on the community itself.

Ramnavami represents the victory of goodness over evil and it signifies the establishment that Dharma beats Adharma. The day is often started by offering Jal (water) to the Hindu God Suraj Devta (The Sun) at sunrise, who is often a time in Hindu Mythology considered as an ancestor to Lord Rama.

The significance of Ramnavami is to bring positive energy to your lives and to diminish the negative vibrations from the earth. Recitals of Rama Katha and Shrimad Bhagavatam are done to channel and remember the meaning of this auspicious occasion.

Gajendra Verma – The King of Quirky Melodies and Remakes!