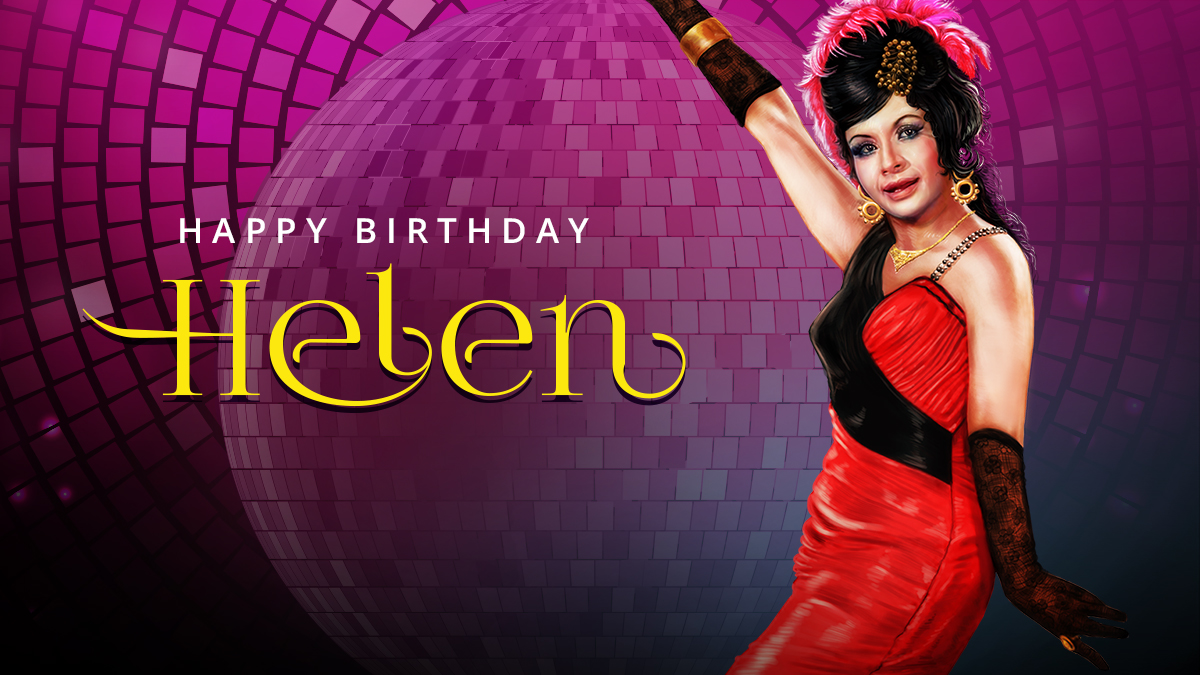 Iconic and peerless, Helen is the only legendary star from Bollywood’s golden era who danced her way into the hearts of people.

The history of Hindi cinema is emblazoned with extraordinary actors, actresses, music directors, singers, and stories which time and again redefined film experience for the mass with their exceeding talents. But there is only one Helen who is an archetype unto herself and remains the only inspiration for the entertaining dance numbers even today.

A Padma Shree recipient and winner of two Filmfare awards, she appeared in hundreds of films and remains the undisputed cabaret queen of Bollywood for her legion of admirers all over India.

Music and dance since the beginning of Bollywood cinema have been integral to success. If male actors were known for wooing the females or fighting the villains, actresses graced with their charm and swaying body moves. Add sizzling music and super hit Hindi songs to it and the result was unforgettable films. Carvaan Premium with the pre-loaded collection of vintage hit songs can easily bring the glorious Bollywood memories back.

If indeed there was a time when the dance was raunchy but classy, impish but graceful, Helen would be always be known as the pioneer of it. Maybe it was the innocence of the times that gave the canny sensuousness to Helen’s skills and nothing more.

As for her personal life, she was born on November 21, 1938, in Burma. Later, she came to Kolkata, India, amidst a lot of difficulties. She had a humble beginning in the Bollywood industry in the 1950s with cameos, dance numbers, and villainous roles. One noticeable performance came with Sharabi Ankhen Gulabi Chehra’s song from the movie Madhosh (1951). But, it was Mera Naam Chin Chin Chu in Howrah Bridge (1958) that made the golden girl a class act and the cabaret girl of Bollywood was born.

One of the often-overlooked facts about Helen is that she was part of movies with Bollywood superstars like Raj Kapoor in Anari (1959). Her list of hit songs includes Aao Na Gale Lagao Na – Mere Jeevan Saathi (1972) with Rajesh Khanna and Yeh Mera Dil Pyaar Ka Diwana – Don(1978) with Amitabh Bachchan. Three big actors from three different generations and only one constant, Helen. The allure of these majestic songs and the dance moves are as breathtaking today as it was then.

Meanwhile, in the Bollywood music industry, Asha Bhosle was breaking the stereotypes with her singing style and adroit songs. And then came R. D. Burman who was like a breath of fresh air and brought the western elements into Bollywood songs. This was nothing less than a blessing for Helen. It is therefore not surprising that Asha Bhosle sang the most number of Helen songs.

As it was meant to be, the trio of R. D. Burman – Asha Bhosle – Helen was sublime and successful as well. Some of the popular songs which were resounding hits of the golden era are O Haseena Zulfonwale Jaane Jahan – Teesri Manzil(1964), Mehbooba Mehbooba – Sholay(1975), Piya Tu Ab To Aaja – Caravan(1971). Who can forget the in-between shout out of Monica, Oh My Darling! Other hits include Aa Jaane Jaan – Intaqam(1969), Aaj Ki Raat Koi Aane Ko Hai – Anamika(1973) and many more.

It has been more than three decades since these songs of splendor entertained millions. Yet, no other dancing star has come close to the intriguing and iconic dancing star of Bollywood, Helen. The legacy continues as she turns 81 today.

You can listen to your favorite Helen songs with Carvaan Premium. The digital audio player has 5000 pre-loaded songs with 130+ dedicated Wi-Fi audio stations. Celebrate the birthday of the living legend with the popular cabaret hits.

Wishing the Evergreen, Beautiful and Glamorous Actress of Bollywood Zeenat Aman on her 71st Birthday

SONGS THAT WILL FILL YOU WITH LOVE-ATIF ASLAM SONGS ON HIS BIRTHDAY.