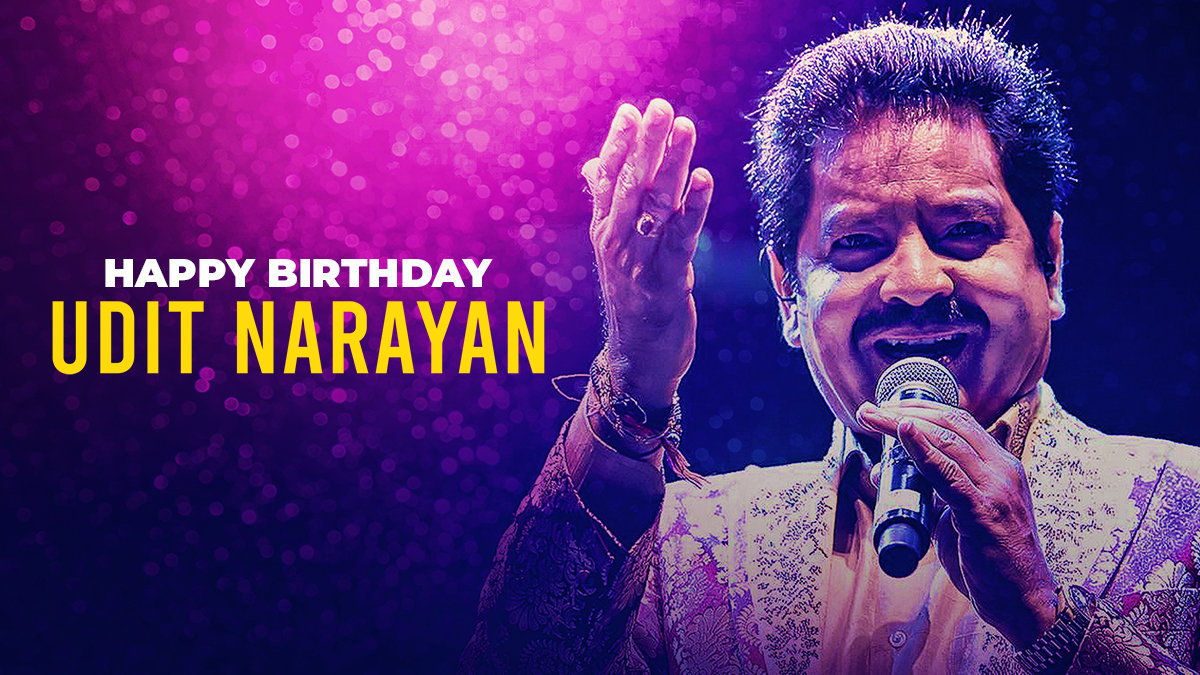 Udit Narayan Jha, or popularly known as Udit Narayan is an Indian playback singer who is famously known for his Bollywood song “Papa Kehte Hain” amongst other Bollywood numbers. He has also sung in other languages including Bhojpuri, Odia, Bengali, Kannada, Telugu, Tamil, Nepali, Malayalam. He is the winner of 4 National Film Awards along with 5 Filmfare Awards with 20 more nominations. He is also the only male playback singer in the history of Filmfare Awards to have won in over three decades (the 1980s, 1990s, and the 2000s).

Udit Narayan was born on the 1st of December 1955 to a Maithili Brahmin family to a Nepali father and Bihari mother in Bihar. Ever since as a child, Narayan had idols like Lata Mangeshkar, Kishore Kumar, Mohammad Rafi, and Asha Bhosle, whom he’d listen to on the radio. Udit Narayan’s mother Bhuvneshwari Devi was a folk singer herself and encouraged Udit Narayan’s interest in music.

Udit Narayan has been one of the most prominent male playback singers in the industry through the 1990s, and 2000s. He has lent his voice to all of the top Bollywood actors like Amitabh Bachchan, Aamir Khan, Rajesh Khanna, Dev Anand, Shahrukh Khan, Salman Khan, Ajay Devgan, and Akshay Kumar. He has had a long-running duet partnership with Alka Yagnik and has sung most of his duets with her.

Udit Narayan began his career as a folk singer for Radio Nepal, singing mostly popular folk songs in Maithili and Nepali. After working as a staff artist for eight years, Udit Narayan moved to Bombay on a Scholarship for Nepalese from the Indian Embassy in Nepal to pursue Classical Music at the Bhartiya Vidya Bhavan.

Udit Narayan got his break in Bollywood after being noticed by the Hindi film director Rajesh Roshan who gave him a chance to sing in his movie Unees-Bees. After that Udit Narayan went on to singer Dev Anand in Swami Dada. Up next came his collaboration with singer Lata Mangeshkar in an R.D Burman composed song. Udit Narayan also sang for a Kishore Kumar film in the same year. Even after a successful debut in 1980, Narayan had to struggle a lot trying to find his footing in the Bollywood industry. But in 1988, he was offered an opportunity by director Anand-Milind to sing all the songs in his 1988 film Qayamat Se Qayamat Taq with Alka Yagnik. The film turned out to be a milestone for Narayan’s career, selling over 8 million Sales. The soundtrack became one of the highest-selling albums of the 1980s. The success of his album established him as one of the best playback singers in the industry.

Udit Narayan is the recipient of 4 National Film Awards and 5 Filmfare Awards along with 20 Filmfare Nominations. In 2009, he was honored with Padma Shri, the fourth highest civilian honor, given by the Government of India, followed by the Padma Bhusan Award in 2016. In 2012, Narayan was one of the jury members of the film music jury for the Global Indian Music Academy Awards. With a career spanning over 3 decades, Udit Narayan is still presently working in the industry.

On the occasion of Udit Narayan’s birthday, Saregama wishes him a hearty birthday and celebrates his life and contribution to the Indian entertainment industry.

Now you can listen to the top Udit Narayan mp3 songs on saregama.com or high-definition songs on Saregama Carvaan. Saregama Carvaan is a portable digital audio speaker that comes with 5000 preloaded evergreen Hindi sons that you can listen to any time without ad breaks or an internet connection. It also consists of other features like Bluetooth, FM/AM radio, USB, and AUX connectivity.