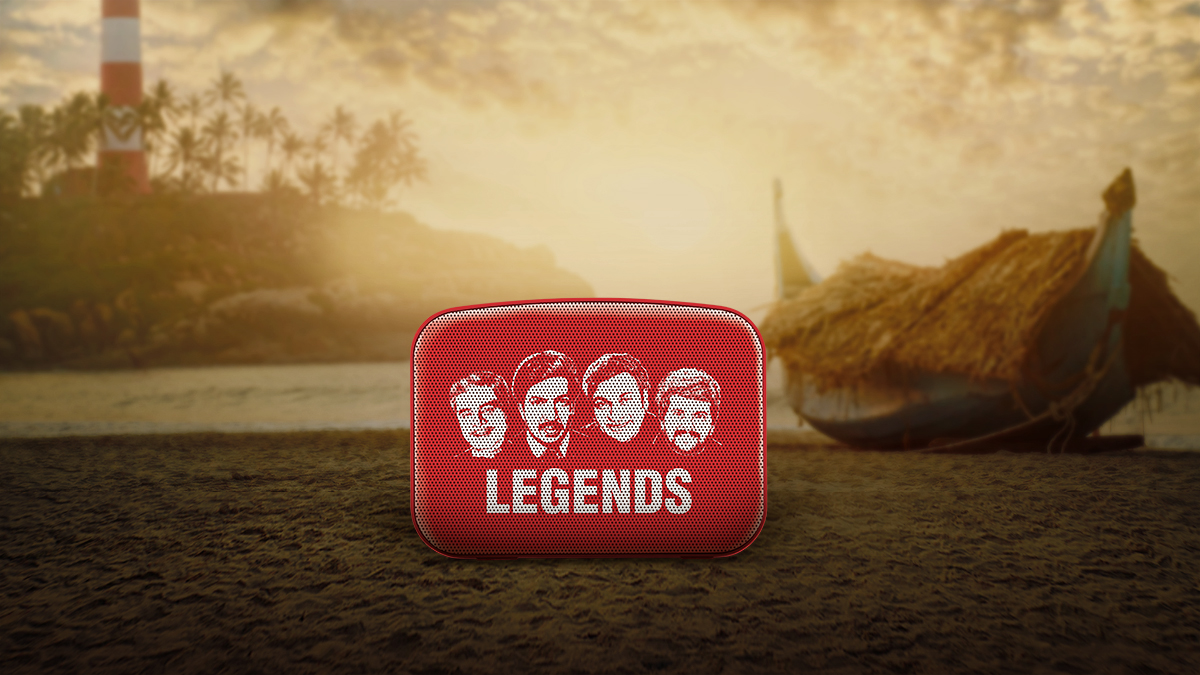 Indian is arguably the only country in the world blessed with a wide range of music styles and the diversity of it adds to its musical beauty. Over the centuries, the two systems of classical music, Hindustani and Carnatic both have evolved and flourished pretty easily. Music historians observe that the only one state which immensely contributed to the enrichment of both the systems was Karnataka.

It is interesting to note that since the erstwhile Mysore state ruled by Kings; music training was part of the Royal education. Thereafter, in 1934, Kannada cinema took shape and the rich Kannadiga music became popular among the masses. Therefore, it is not surprising that just listening to the old Kannada songs reminds the fact that Karnataka always had many legends who have taken the India musical scene to great heights.

Bring back singing superstars of Kannada to your living rooms

The splendid collection of Saregama Carvaan Mini Kannada contains the soulful music of legends like Dr. Rajkumar and Vishnuvaradhan who are considered as the two pillars of the golden era of Kannada Cinema.  While the former with over 200 movies and a career that spanned 5 decades gave some of the biggest hits like Ellelli Nodali and Ee Nounava with his simplistic charm and blissful voice, the latter known as “the phoenix of Indian cinema” dazzled the musical hearts with touching Noorondu Nenapu, Kuchiku Kuchiku and many more hits. Ambareesh and Shankar Nag are other celebrated actors of that era, the songs of their movies captured the mood of the people. The musical maestros like S.P Balasubrahmanyam, S. Janaki, P.B Sreenivas and many others lent their voices to these great Sandalwood tracks. With Mini Kannada, you can listen to the melodious, pleasant and super hit songs such as Thamnam Thamnam, Jeeva Veene , Jo Jo Laali which pulled the musical heartstrings and brought joy to the romantic, happy, lively, moody and sometimes sad souls of that era. It again proves that music is indeed timeless!

The present generation will always owe to these legends for the legacy they have left behind. Whether you are young or old, this pleasant list of Kannada songs will delight your senses. It is indeed true that music can evoke the deepest of feelings and emotions. In an instant, it can bring back your good old childhood days when your parents would play those melodious tunes. On the other hand, the old folks can easily resonate with their favourites of that era and lose themselves in deep nostalgia. Either way, the thrilling vibes of old Kannada songs never fades away.

Just imagine for a moment, playing the long list of Kannada songs and out of the blue you hear that sensational romantic song “Mellusiru Savigana” sung by the sweet duo of Ghantasala and P. Susheela. Those memories, beautiful stories and all those lovely people back then will come alive, playing the scene right in front of you at once. A blissful musical experience to your soul indeed!

The portable bluetooth player, Saregama Carvaan Mini Kannada has amazing features such as Bluetooth, USB port. FM/AM is also available which enables you to use the player in multiple ways. When it comes to music, limiting yourself is never an option. This is the reason; another defining feature of the player is that you can listen to other songs via Bluetooth speaker by plugging in your USB drive.

It has a long lasting battery which works for up to 4 hours so that your musical journey continues. A 3.5mm jack allows you to connect with external headphones and an AUX port that can help you to connect with phone or other supported devices. The charging cord coming with the player is compatible with the Android device and the product gives warranty of 6 months.

The easy to carry portable bluetooth player with the exclusive collection of 351 old Kannada songs are all set to take your breath away and tune up your musical memories. Buy your Carvaan Mini Kannada now.