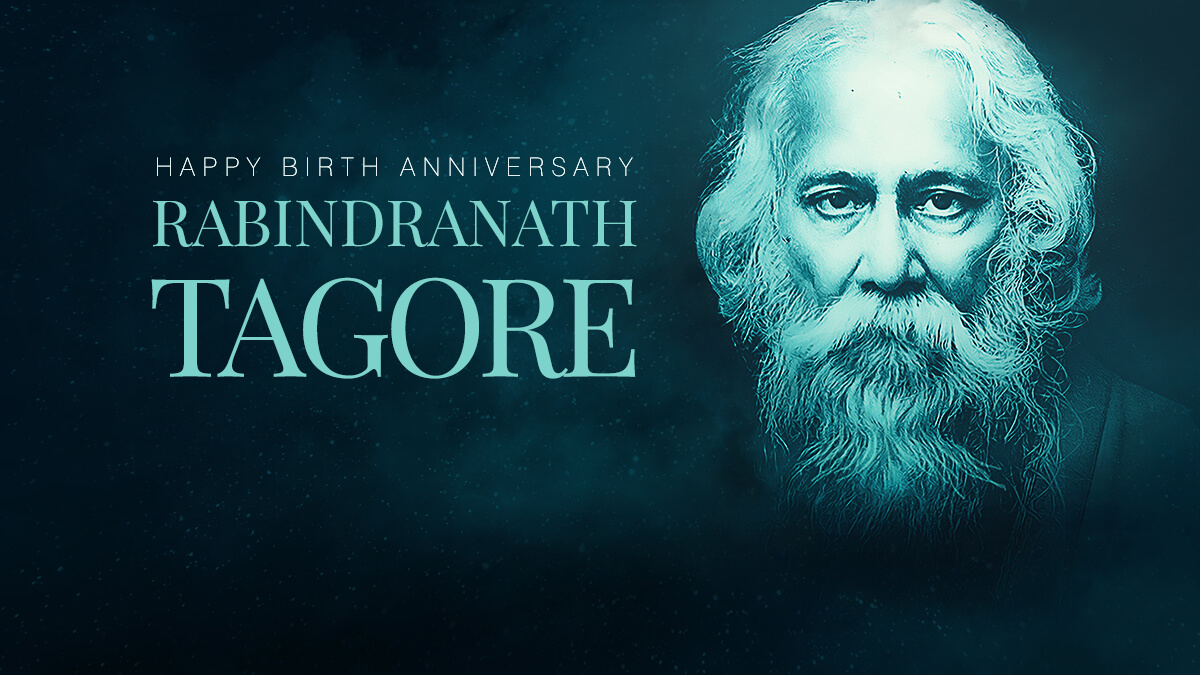 Rabindranath Tagore, also known by his pen name Bhanu Singha Thakur (Bhonita), was born on 7th May 1861 in the Burdwan district of West Bengal. Also referred to as Gurudev, Kabiguru and Biswkabi, Rabindranath Tagore was responsible for the restructuring of Bengali Literature. He also introduced contextual modernism to Indian art during the 19th and early 20th century.

Tagore started writing poetry at the age of eight. At the tender age of 16, he released his first set of poems under the name of Bhanusimha (“Sun Lion”) which were acquired by the authorities of the literary as long lost classics. Rabindranath Tagore was a polymath, poet, musician, artist and Ayurveda-researcher. He was also a humanist, universalist, internationalist and an anti-nationalist. He always opposed British rule and advocated for independence from Britain. As an author of the fresh and beautiful verse of Gitanjali, Rabindranath Tagore became the first non-European to win the Nobel Prize in Literature in the year 1913.

The novels, stories, songs, dance, dramas and essays by Tagore were based on both personal as well as political experiences. He gave the rigid classical forms of Bengali culture, a touch of modernization.

Rabindranath Tagore had made such an impact with his work that his compositions were chosen by two nations as national anthems namely, India’s “Jana Gana Mana” and Bangladesh’s “Amar Shonar Bangla.” It is also said that the national anthem of Sri Lanka is also inspired by his works.

Besides “Gitanjali”, which was Tagore’s best collection of poetry, “Manasi”, “Sonar Tori” and “Balaka” were also some of his most noticed works. Rabindranath Tagore always kept developing new poetic ideas and concepts which kept his identity unique always. Not just a poet, but he was also an exceptional composer having composed more than 2,230 songs.

The songs composed by Rabindranath Tagore are known as “Rabindrasangeet” that emerged from his poems, novels, stories and plays. His Brahmo devotional hymns and quasi-erotic compositions were influenced by the Thumri style of Hindustani music. Tagore through his music gave his own ancestral culture different gusto like Western, Hindustani, Folk, etc.

Even after so many decades, the legacy of Rabindranath Tagore is still alive. Groups across the globe gather on his birth anniversary every year and celebrate his contributions. Bengali culture holds its impact even today in matters of art, literature, history and politics. Through his work, Rabindranath Tagore influenced and still inspires many writers, composers and artists all over the world.