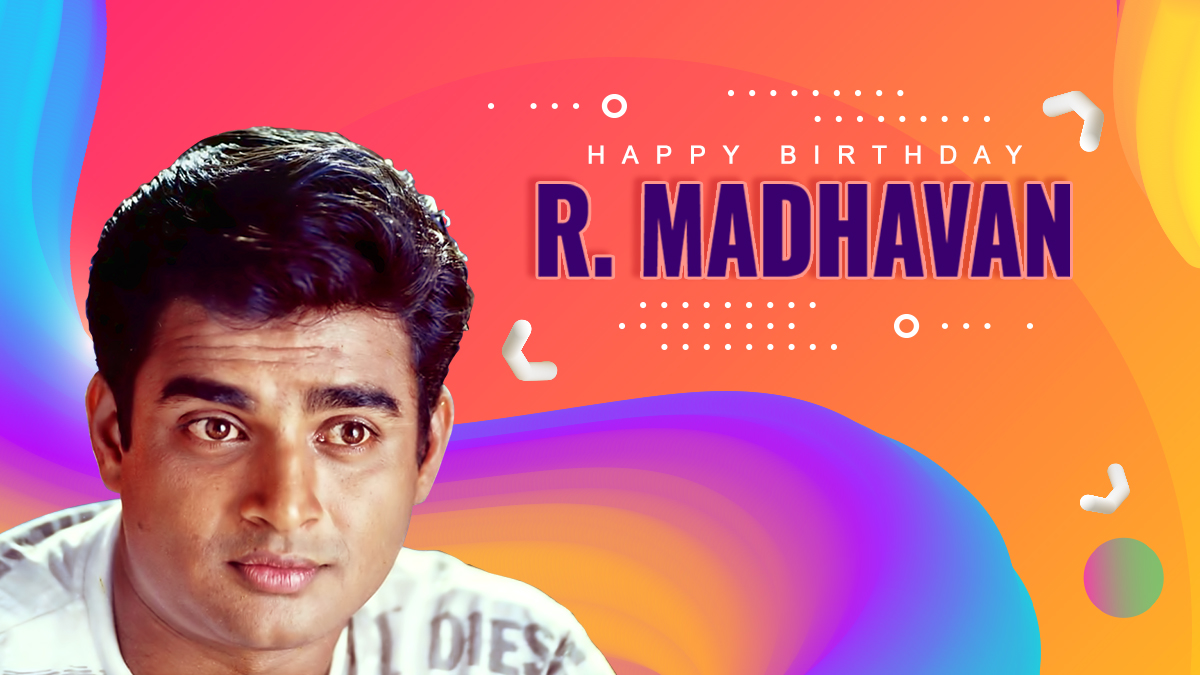 Ranganathan Madhavan or popularly known as Maddy is an Indian actor, writer, producer, and film director. From his popular dialogue “Abba Nahi Maanege” from the movie “3 Idiots” that became a huge meme trend to his roles in the movie “Tanu Weds Manu”; R. Madhavan needs no introduction. He is one of the few Indian actors who has a pan-Indian appeal and has worked in over seven different languages. He predominantly appears in Hindi and Tamil cinema, R. Madhavan has won many awards and accolades throughout his 28 years long and still running his career.

Ranganathan Madhavan was born on June 1st, 1970 to Ranganathan and Saroja Madhavan in Jamshedpur, Jharkhand, India. Being raised in a Tamil-Brahim family, Maddy completed his schooling from his hometown and also spent a year as an exchange student in Canada with Rotary International. After his return, he completed his academics and during his college years, got highly involved in extra-curricular military training. He was recognized amongst the leading NCC cadets which allowed him to even travel to England and receive training with the British Army, The Royal Navy, and the Royal Air Force which he had considered joining at one point but due to age issues he couldn’t. After this he came back to his hometown and started public speaking and personality development, further pursuing a degree in the same from Bombay. This is where his career in the entertainment industry started when he started sending his pictures to a modeling agency trying to get some revenue to fund his office.

At first, Madhavan appeared in television commercials and small television series. His first appearance in a feature film came through the movie “Iss Raat Ki Subah Nahi” in 1996. His breakthrough came in the role of Alaipayuthey (2000) and the film’s critical and commercial success gave Madhavan the breakthrough as an actor. Madhavan has worked in numerous Tamil Cinemas like Kannathil Muthamittal (2002), Anbe Sivam (2002), Aayutha Ezhuthu (2004), Madras Talkies, Irudhi Suttru (2016), Vikram Vedha (2017) that won all critical and commercial acclaim amongst some of them. But the charm and charisma of R. Madhavan aren’t limited to Southern India, he has worked in some of the biggest grosser of all times like Rang De Basanti (2006), Mumbai Meri Jaan (2006), Guru (2007), 3 Idiots (2009), Teen Patti (2010), Om Shanti (2010), Tanu Weds Manu (2011), and Tanu Weds Manu Returns (2015).

On the occasion of R. Madhavan Birthday, Saregama celebrates his works and contributions to Indian Cinema.

You can now stream and download your favorite R. Madhavan movie songs on Saregama Carvaan. Saregama Carvaan is a portal audio player that comes with evergreen Hindi songs that you can listen to anywhere without internet or ad breaks. It also has exclusive features like Bluetooth, FM/AM radio, USB, and AUX connectivity.