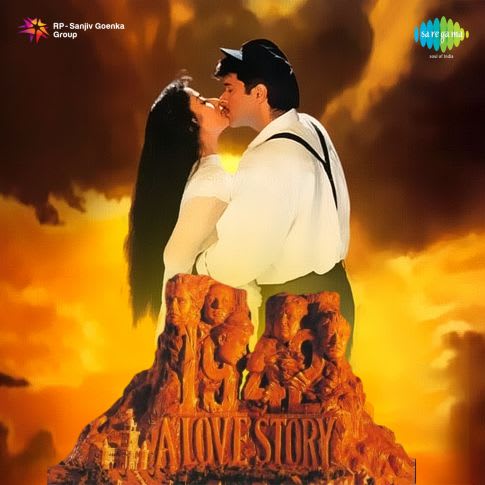 What Do You Feel When You First See Your Girl?

If you are a 90's kid, you must have hummed the song 'Ek Ladki Ko Dekha Toh Aisa Laga'(एक लड़की को देखा तो ऐसा लगा) at any time of your life. This song became a blockbuster hit soon after its release. Every youth in our country used to sing this song, especially when they prefer to express their emotions to their love. This song got numerous awards in multiple departments. Let us look at some of the wonderful facts associated with the Ek Ladki Ko Dekha Toh Aisa Laga song(एक लड़की को देखा तो ऐसा लगा).

The History of the Ek Ladki Ko Dekha Toh Aisa Laga Song(एक लड़की को देखा तो ऐसा लगा)
In 1994, Vidhu Vinod Chopra directed and produced the movie 1942- A Love story. The film was a raging hit amongst the public and was also highly critically acclaimed. The movie's plot was based on the book with the same name by K. S. Narasimhaswamy and the Kannada movie Mysore Mallige, which was released in 1992. This movie was the first in India to use the Dolby Stereo technology. Apart from the music, the film was highly acclaimed for the plot, cinematography, picturization, lyrics, acting, especially for Manisha Koirala. The movie was a major turning point in their career. The film also saw stellar performances by the superstar Anil Kapoor, Anupam Kher, Jackie Shroff, Danny Denzongpa, and many more.

The music of the movie 1942 ? A Love story
The Bollywood industry can never forget the contribution of Pancham da, Mr Rahul Dev Barman. He has given numerous evergreen hits for all moods throughout his career. Similarly, he did not disappoint in the last movie of his life. He directed the music for the movie 1942- A Love story and drove everyone mad with its rhythm and melody. Even his choices of singers and lyricists for each of the songs of the album were perfect. For the Ek Ladki Ko Dekha Toh Aisa Laga song(एक लड़की को देखा तो ऐसा लगा), he chose Kumar Sanu, who was at the helm of his career at that point. The voice composition of this famed singer struck the right chord and the mood demanded by the song. The song was such a hit for him that it earned him the 5th consecutive Filmfare award. It was a record of that time.

Ek Ladki Ko Dekha To Aisa Laga Song(एक लड़की को देखा तो ऐसा लगा) is one of the evergreen romantic hits in the 90s. The tune and the Ek Ladki Ko Dekha To Aisa Laga Lyrics touched the heart of every person who believes in love. Till today, this song is used for proposals or in marriage. The song depicts the feelings that go through the mind of a young lover who sees his love for the first time. As the beautiful girl passes by, the young boy starts comparing her beauty with all the wonderful things in the world. He compares it with natural beauties like blooming roses, a deer in the forest, dancing peacock, etc. He also compares her with celestial happenings like the first ray of sunlight, full moon night. Her aura is like warmth during a cold winter. The lyricist Javed Akhtar has poured all her experience and romance into this song to bring out the most beautiful aspects of all aspects of nature. He even compared it with the thoughts of a poet, or the rhythm of Beena, indicating that he finds beauty in our culture.

R.D. Burman has filled in with the best tune for such a wonderful lyric. He didn't experiment much with it or didn't try to overdo it with loads of incorporation. All three stanzas of Ek Ladki Ko Dekha To Aisa Laga Lyrics(एक लड़की को देखा तो ऐसा लगा) have the same tune, but they never sounded monotonous. He also prevented the incorporation of classical ragas, which was a massive craze at that time. He kept it simple and focussed more on the feel of the song. And when such a song is on the platter, who can sing it better than the great Kumar Sanu. He had already garnered a lot of stardom by that time and had won four consecutive Filmfare awards. He did justice to the song in the right manner, and the song paid its dividends in the form of his fifth award.

Soon after its release, this song was the most popular romantic song in the country. Every person who believed in love at that time hummed the tune. If you walked out of your house at that time, you would certainly encounter one of that kind. The song is still a romantic hit on today's date. If you wish to download Ek Ladki Ko Dekha song(एक लड़की को देखा तो ऐसा लगा), get it done from the Saregama website.

The aftermath of the song After its release, the Ek Ladki Ko Dekha To Aisa Laga mp3(एक लड़की को देखा तो ऐसा लगा) became one of the highest-grossing chartbusters of that year. Even today, many singers in different reality shows try to impress the judges by singing this song. Several renditions of this song have been released on Youtube by many known and unknown artists.

In 2019, a movie of the same name was released. The film featured Sonam Kapoor Ahuja, Anil Kapoor, Juhi Chawla, Rajkummar Rao as the leads. This movie is a family drama yet a coming-of-age movie since it showed lesbianism in the film. The film showed tremendous performance from all the star cast, especially Anil Kapoor, who seems to have an unknown yet strong bonding with Ek Ladki Ko Dekha Toh Aisa Laga(एक लड़की को देखा तो ऐसा लगा).

You can find EK Ladki Ko Dekha To Aisa Laga mp3(एक लड़की को देखा तो ऐसा लगा) on the Saregama Website, along with the other songs. You can add to your Carvaan easily. Just click and download the Song.