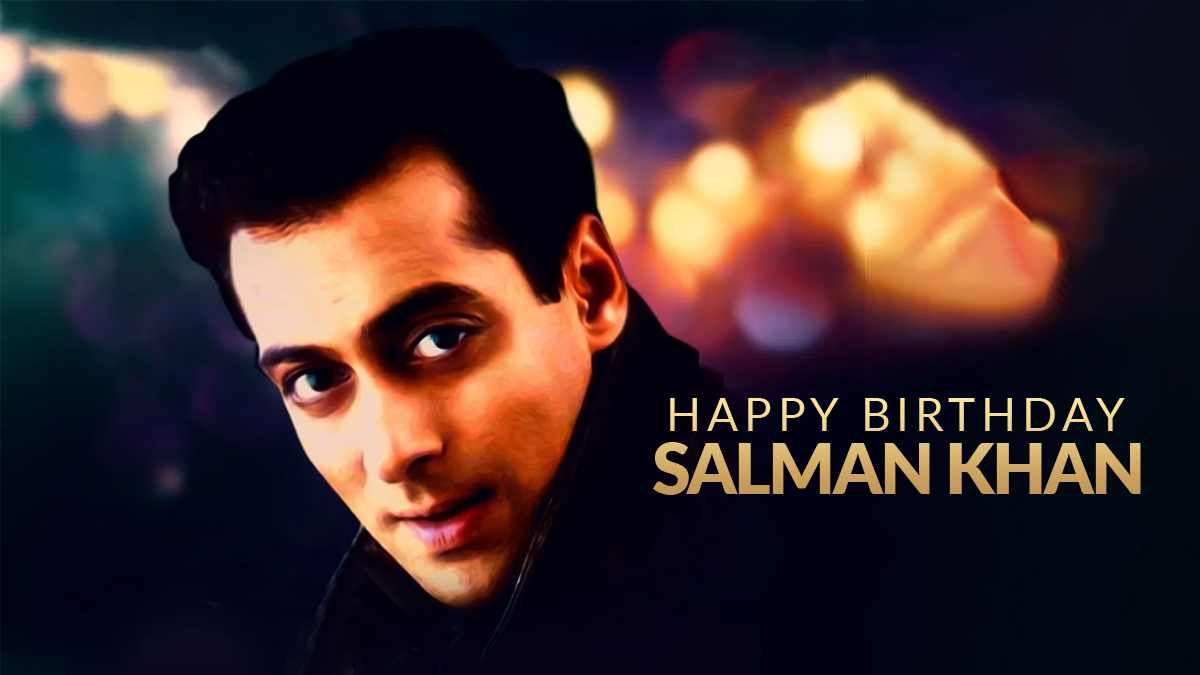 Salman Khan is one of the biggest names in Bollywood today. An Indian actor, film director, producer, painter, singer, and TV show host, and the founder of the NGO “Being Human”. Salman Khan is cited as one of the most commercially successful faces of Indian television. With a career spanning over 30 years, Salman Khan through his dedicated, and versatile performances and his quirky personality have built up a massive following both overseas and nationally.

Born on the 27th of December 1965 to Bollywood screenwriter Salim Khan, Salman Khan also has three siblings, two of his brothers, Sohail Khan and Arbaaz Khan also being actors and directors, and a younger sister; Arpita Khan. Sallu Bhai made his debut in the Indian film industry with a small role in the 1988 film Biwi Ho Toh Aisi, followed by a lead role in the 1989 film Maine Pyaar Kiya. The film was a commercial success, launching Khan successfully into the acting industry.

Khan saw a string of success in the 90s with films like Karan Arjun, Hum Aapke Hain Kaun, and Andaz Apna Apna. But he saw a steep decline in his career starting the early 2000s. But after a brief decline, Khan reinvented himself, coming back stronger than ever with films like Wanted, Dabang, and Ek Tha Tiger, followed by his 2015 mega-success Bajrangi Bhaijaan and his 2016 blockbuster Sultan.

Apart from films, Khan is a prominent TV personality, popularly known for hosting his show Big Boss. Throughout his career, Khan has won numerous awards and accolades, including 2 National Film Awards, and 2 Filmfare Awards. Khan is also notoriously known for not going on stage to receive his awards himself.

But that is not where Khan’s empire ends. Over the years Salman Khan has managed to establish the NGO “Being Human” that carters to help the underprivileged youth of this nation and he is widely known for his big heart and his bigger charity. All the funds collected through Being Human go to the welfare of this society.

Birthday greetings to the heartthrob of the industry @BeingSalmanKhan. Wishing you a dabangg year ahead 🥳 pic.twitter.com/n4i9jjkhYs

On Salman Khan’s birthday, Saregama wished him a hearty birthday and celebrates his contribution to the Indian entertainment industry.

Now you can listen to the top Salman Khan movie mp3 songs on saregama.com or high-definition songs on Saregama Carvaan.

Happy Birthday to The Mozart Of Madras - A. R. Rahman