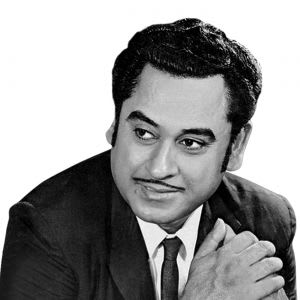 The Kishore Kumar all song lovers will tell you that this singer is capable of singing any song with equal grace. Some of the happy Kishore Kumar Hindi ganas inspire listeners even today. The song ‘Arey Deewano Mujhe Pehchano’ from the film ‘Don’ is a classic example of a happy song that stays memorable. Another jovial song by this veteran singer that you would like to download for the Kishore Kumar all song playlist is ‘Dekha Na Haye Re Socha Na’ from the film ‘Bombay to Goa’. These memorable and happy numbers prompt us to jump up to our feet and dance to the beats.

Make sure you create a playlist of Kishore Kumar all songs in a way that captures the versatility of this singer and music director. Several Kishore Kumar songs are highly philosophical and make you contemplate about life. A classic example of such a Kishore song is ‘Aa Chal Ke Tujhe Main Leke Chalu’ from the film ‘Door Gagan Ki Chaon Mein’. Kishore Kumar has done the music direction too for this song. Another popular philosophical song is ‘Kahan Tak Ye Mann Ko Andhere Chalenge’ from the film ‘Baton Baton Mein’. Take time to hear these beautiful Kishore songs and you will surely have many beautiful mp3 songs to add to your collection.

The true beauty of a singer’s skill is revealed through different romantic numbers. That is why your Kishore Kumar all song should surely include the best romantic hits of Kishore Kumar. The many moods of romance are revealed in the different Kishore songs. The song ‘Aaj Rapat Jaye To’ from the film ‘Namak Halal’ reveals that stage of romance where the hero is trying to lure his heroine through the Kishore song. The song ‘Ek Ladki Bheegi Bhagi Si’ from the film ‘Chalti Ka Naam Gaadi’ is yet another song revealing the same stage of romance through Kishore Kumar song.

The other kind of romantic songs is usually duets. These are love songs where the hero and the heroine are shown to sing their story of love together. There are several beautiful songs of this category listed among Kishore Kumar all songs. The song ‘Tum Aa Gaye Ho’ from the film ‘Aandhi’ is a classic example in this category. This Kishore song is a duet and the female part is voiced by Lata Mangeshkar. Listen to the preview of this song and you will be tempted to add this to your MP3 download list for Kishore songs. Another classic romance duet by the same veteran singers is ‘Tere Mere Milan Ki Ye Raina’ from the film ‘Abhimaan’.